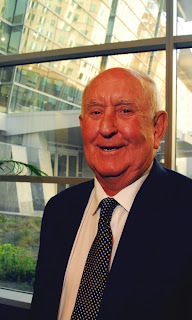 Raleigh real estate developer and philanthropist Justus “Jud” Ammons was recently inducted into the Raleigh Hall of Fame.  From a childhood sharecropping in the North Carolina mountains, Ammons built a career as a visionary developer and land planner. He is a pioneer in planned urban development and senior living communities, notably Greystone Village and Springmoor, Raleigh’s first continuing care retirement community. As one of the most successful land developers in the Southeast, his efforts include providing affordable housing and championing Raleigh’s greenway system. Along with Ammons, the 2011 Raleigh Hall of Fame Induction Ceremony and Dinner honored 10 additional individuals and two nonprofits.
“My motto since high school has always been: Don’t wish you had, be glad you did,” says Ammons. After graduating from NC State University, he served in the US Air Force and then worked as a department head with Carolina Power & Light. In 1968, he founded Ammons Construction Company. Since that time, he has built, owned, and operated major subdivisions, day care facilities, golf course communities, industrial parks, and shopping centers across North Carolina. Driven by a desire to create communities of the utmost quality, he is often heard to say: “Let it be pretty.”
Ammons’ service to the community includes leadership on the Wake County Planning Commission, Raleigh Greenway Commission, and Raleigh Bicentennial Commission. He is a founder of Greystone Baptist Church and has served on several legislative study commissions, as a member of the volunteer fire department, and as a trustee of Mars Hill College. Jud and his wife Jo Ellen are benefactors of Mars Hill College, Meredith College, NC State University, the Salvation Army, Habitat for Humanity, and numerous other charities. 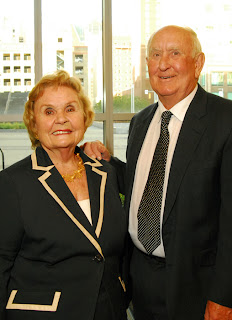 Ammons has also contributed to the real estate and construction industry as president and board member of the Raleigh-Wake County Home Builders Association and director of the National Association of Home Builders. Awards received include Raleigh-Wake Homebuilder of the Year and Excellence in Design.
Posted by Springmoor News at 4:47 PM